*a continuation of the previous Shanghai travelogue post...
After the sumptuous lunch, I had another 2-hour ride back to the city. 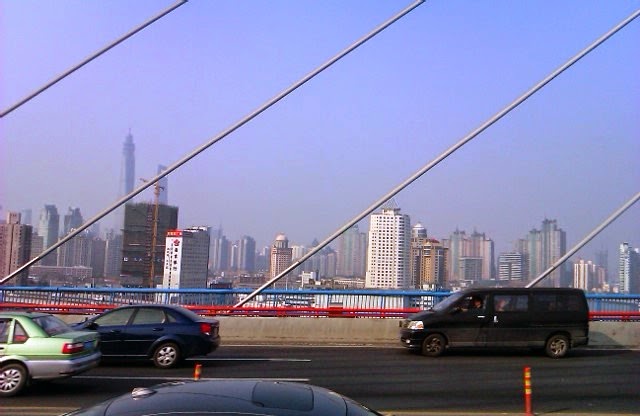 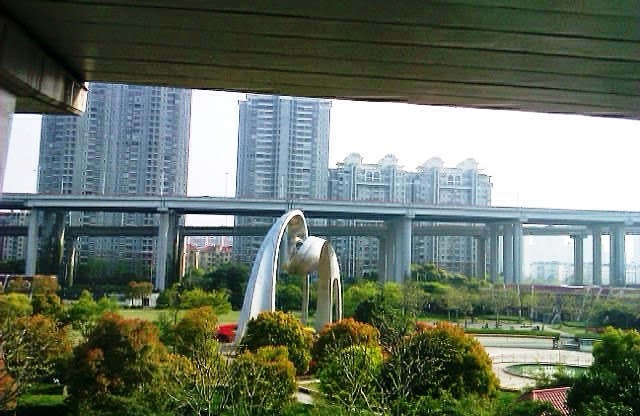 soon after, we were in Lujiazui, the financial district of Shanghai. 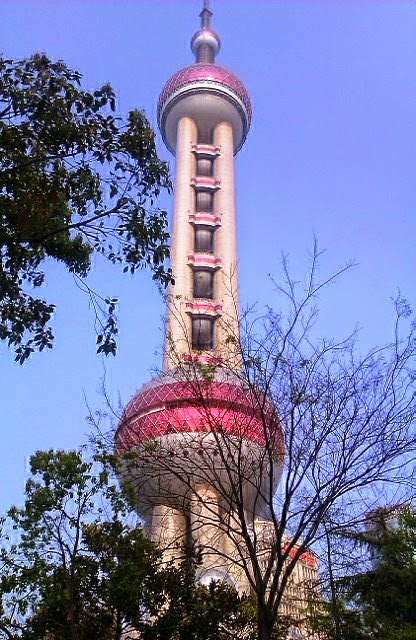 am excited to go up the Oriental Pearl TV Tower, but before that, some photo capture moment of its surrounding areas. 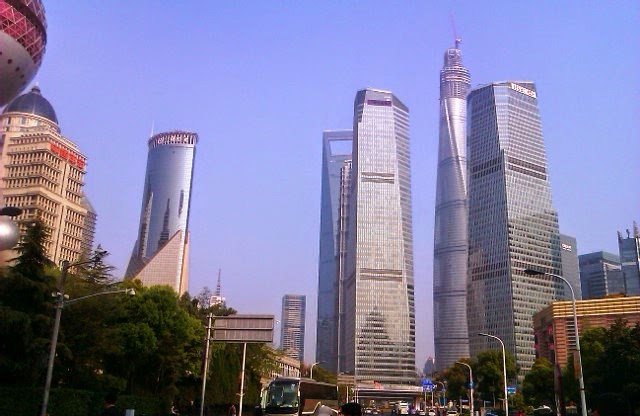 Lujiazui is a well planned site of the city...
The subway stations are located underground, wide pedestrian walkways adjacent to every road...the infrastructures are well maintained, top class! 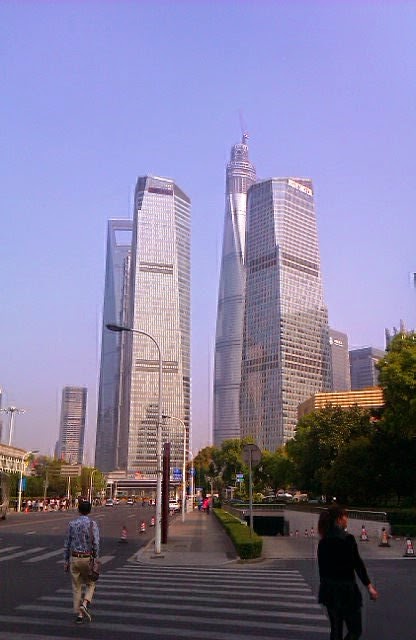 in between the tall skyscraper, there is one huge green field...the greenery is so eye-soothing 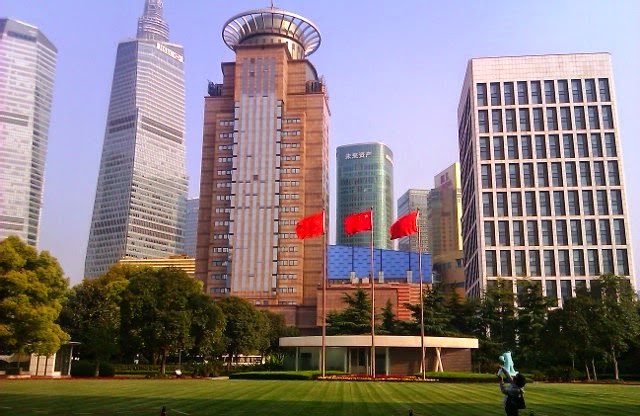 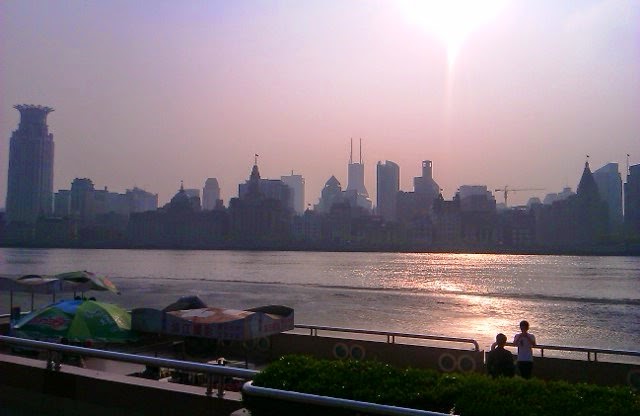 common sight of colourful flowers...reminds u of spring 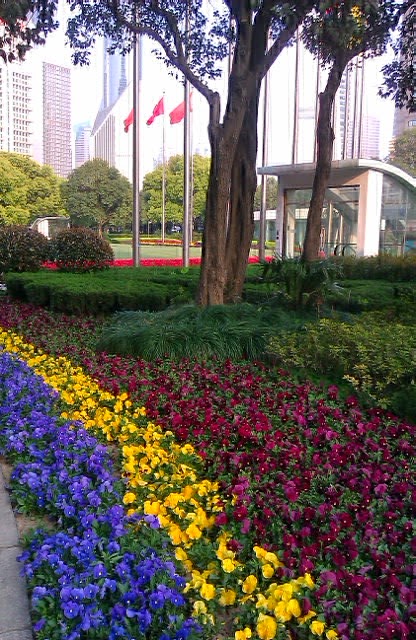 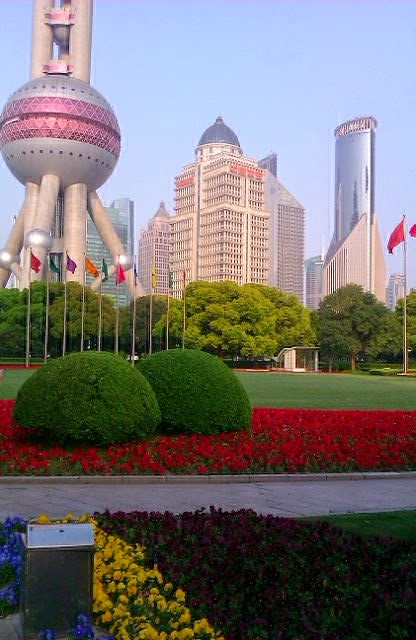 landscaped garden tucked in the middle of the city, green concept, perhaps? 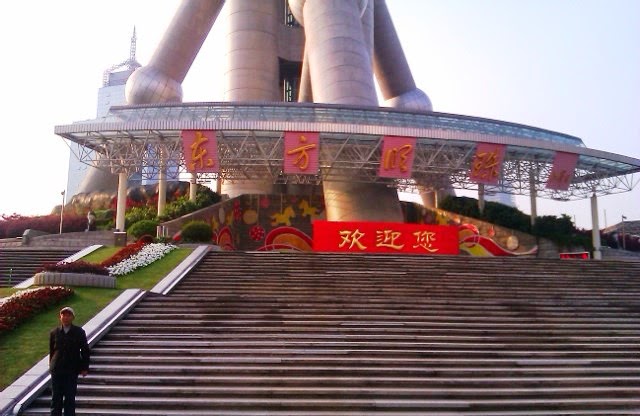 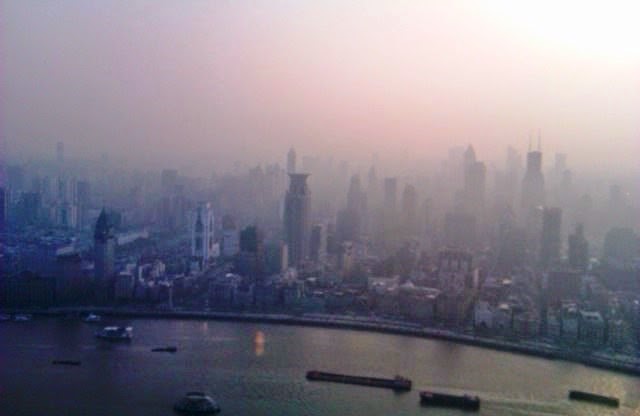 the panoramic scene from the observation deck, but the weather was bit foggy 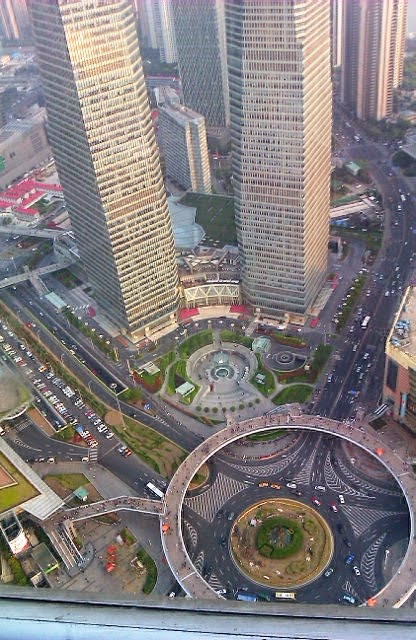 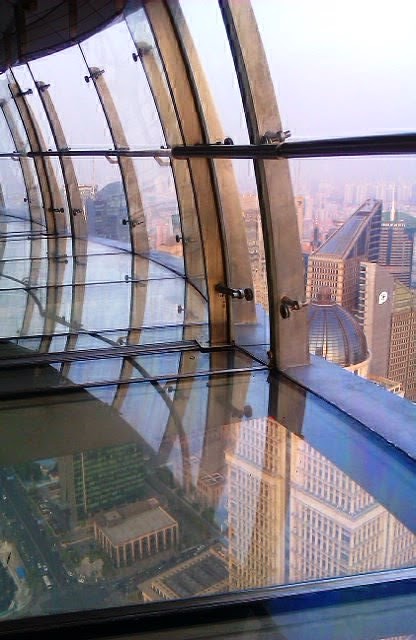 awesomely breathtaking to be on top of the world city. I was stepping on a piece of glass with nothing beneath! 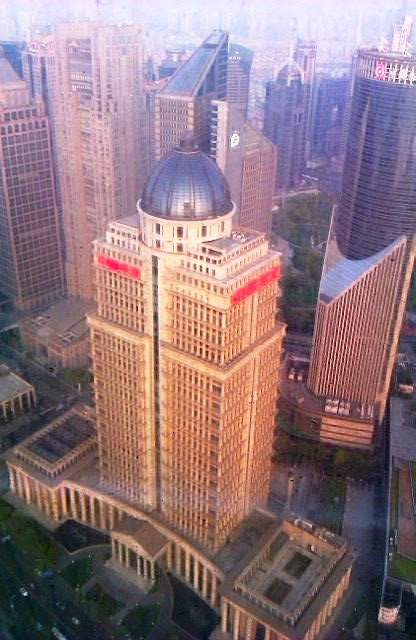 the ground floor houses a museum that displays classic cars, and lotsa replicas of classic Shanghai buildings and lifestyle (the 1920's - 1930's era). Some mannequin looks scary under this dimly lit museum. 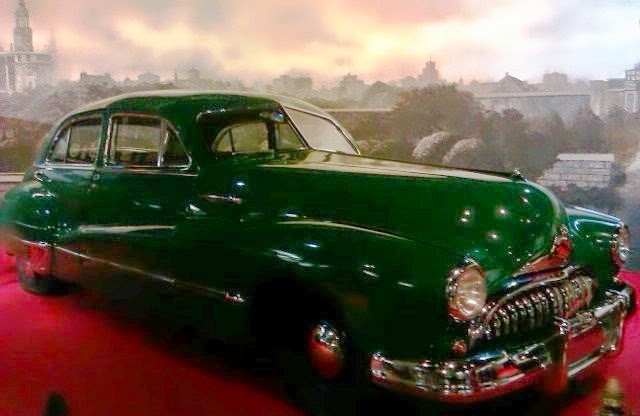 by evening, the tower lights are ON. It gradually changes its color tone. 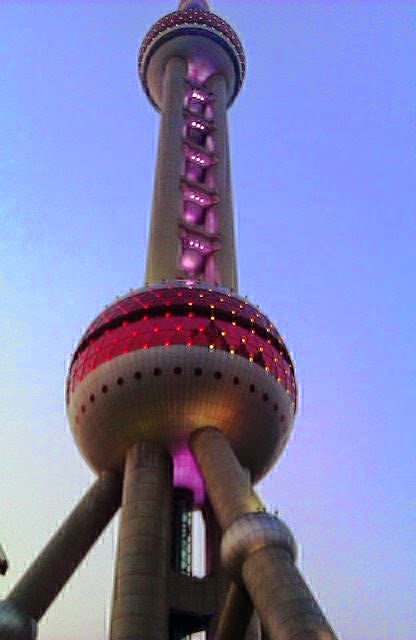 Below: a sunset picturesque of the surrounding office buildings. After 2 hours lingering at Lujiazui, the group departed for a "quick" dinner at 7 as to catch up with the nite activity later on. 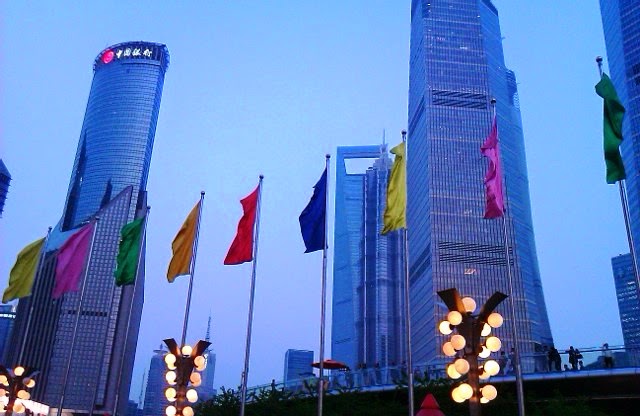 at September 05, 2014
Email ThisBlogThis!Share to TwitterShare to FacebookShare to Pinterest
Labels: Travel

Are you sure those are fog and not haze?
I wouldn't enjoy the transparent floor. I have a fear of heights, or more appropriately, fear of nothing solid beneath me. I would be constantly worrying about the glass breaking :/

Nice that the tour includes going up the tower for the superb view from up there. I have not been to any tower except our local KL tower.

RealGunners: the air was clear and the weather was like sort of Genting Highlands during rainy days...it couldn't be haze ;-)

I have been to both kl tower and klcc link bridge. 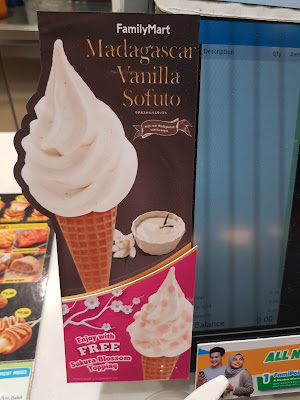